Never When You’re Supposed To 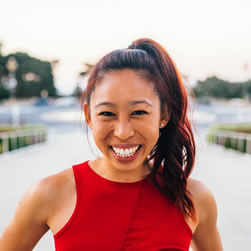 Matt never brings me flowers when he’s supposed to — you know, on birthdays, or anniversaries or things like that. He says that’s when I’ll expect them the most, which, according to him, defeats the purpose of surprising me with flowers. While most girls would hate to have a boyfriend who doesn’t give them flowers when they’re traditionally expected to, honestly, I don’t mind at all. It’s part of the many reasons I love Matt so much, actually.

See, even though Matt doesn’t give me flowers on those red calendar days, somehow, he always manages to give them to me when I need them the most.

Take that really, long, stressful week I had last October, where nothing seemed to go right. I was traveling for work, extremely stressed out, on the verge of being sick and in a bad space mentally. While most 20-something men would run away from the basket case I was, Matt insisted on driving across the city late at night just to see me, give me a hug and tell me that he loved me — bouquet of sunflowers in hand.

There was that other time, on our second date, before we went to see a concert, when I opened the car door and almost sat on a bunch of fresh tulips he had picked up for me “just because”. They made me smile for days, despite the gloomy weather and rough time I was having at work that spring.

Another time, when I was traveling a lot for work, we had been fighting a lot about little things, mostly, I think, to hide the fact that we really missed each other. Anyway, during one of my trips home, Matt insisted on picking me up from the airport, even though I told him I’d just take a cab back to my place since I was in a bad mood. When I landed, I grabbed my things, and went out to the curbside pickup, still upset from our last tiff, and waited for him to get there. When Matt pulled up in his car (which, he lovingly calls Natty Black, after the Marvel character, Black Widow), I got inside and we just kind of looked at each other for few moments before he handed me a bag of Reese’s, a bouquet of Gerber daisies and gave me a kiss. That’s when I started to cry. See, even though I had been a terrible girlfriend those past few days — moody, unreasonable, etc. — somehow, that didn’t seem to phase Matt. To him, I was still deserving of surprise “I missed you” flowers and chocolate, no matter how many fights I picked or times I overreacted. To him, I was still his special person — bad moods included — and that, according to him, made me worthy of flowers and chocolate. Nobody besides my family had ever loved me like that before — so unconditionally and wholly — and I had never felt more in love.

It’s been almost a year and half since we started dating, and Matt has given me more flowers than I’ve ever received in my entire life. Each time, they made me feel special, loved and served as a reminder that someone out there, besides my family, loves me just as much as I love them. That, I think, is totally deserving of a celebration. With flowers, of course.